A recruiter’s success is ostensibly judged only by the numbers: did you hit hiring targets and get roles filled on time? However, when you dig deeper, it’s often the quality of the relationship between recruiting and hiring teams that is the more important KPI. In a recent conversation with us, technical recruiting leader, Blake Stockman, highlighted why this relationship underpins everything in recruiting: “Recruiting is fundamentally a partnership function, and there’s very little you can do without a healthy relationship with who you’re hiring for. If you have a good partnership with your hiring leader, most other things are solvable.”

Metaview can be a game changer in fostering an effective partnership between recruiters and HMs. By giving recruiters visibility into what’s actually going on in interviews and objective data about the quality and consistency of your process, Metaview provides the tools to deeply understand hiring managers’ needs and proactively identify areas for improvement. In this post, I’ll outline a few key ways in which recruiters can leverage Metaview to build trust with HMs by increasing the efficiency and quality of your hiring process.

Understand what an HM is looking for better than they do

Understanding a hiring team’s requirements for a role is rarely straightforward. While an HM will do their best to describe what they’re looking for in a candidate, the real source of truth is what decisions they make based on the candidates put in front of them. Tally’s Senior Technical Recruiter, Beryl Wang, echoes this point explaining, “It takes a couple of tries to align on what skills a hiring team wants to prioritize for a particular role. The panel might speak to a few candidates and then realize that maybe what they initially thought they wanted isn’t what they actually care most about.” In short, figuring out what an HM really wants (not what they say they do) can go a long way in deepening the relationship between recruiter and hiring team.

When time is of the essence in trying to recruit top candidates, efficient and precise calibration becomes even more critical. That’s why it’s so important to review recordings of your hiring manager’s interviews. It’s by far the best way to really learn what they’re looking for, with a level of depth and accuracy that goes far beyond what can be explained in an in-take meeting or included in a job description. With Metaview, recruiters can form a much deeper understanding of HM’s true preferences by watching recordings of actual interviews and gleaning data that otherwise probably wouldn’t be shared. TA Specialist, Bob Snellenburg, explains how Metaview has helped him get into the mindset of the hiring team: “Metaview helps me to understand a role as the interviewer sees it: How do they talk about the role? How do they sell it? What types of questions do they ask?” By leveraging Metaview to understand these nuances more quickly, recruiters can improve the efficiency of calibration, saving everyone time and increasing the chances of winning top talent.

Interviewing is inherently a complex process—it involves many stakeholders, often-ambiguous standards, and tight timelines. As such, HMs are usually focused on getting the right person in the door rather than taking a step back to evaluate how the machine as a whole is performing. It’s amazingly impactful if, as a recruiter, you can debug what’s happening in the interview process and redesign it from a position of insight and authority. You’ll be surprised at the amount of times it turns out interviewers are assessing different competencies, or against a different rubric than the HM intended, or pitching the role in a way that is completely out of line with what is expected. As a recruiter, you’re in a unique position to proactively identify and recommend those process-level improvements.

Metaview gives recruiters super powers to do this debugging. By reviewing recordings, you can gain visibility into what’s really happening in interviews and suggest actions for improvement. Perhaps even more powerful are the data and insights Metaview provides. You can see, for example, if a certain candidate didn’t get enough talk-time or a particular interviewer’s approach is inconsistent compared to colleagues. All of this enables you to spot anomalies before they become issues, and your HMs will thank you for it.

Go beyond the numbers to align with HM’s goals

One of the most effective ways to build trust with HMs is to demonstrate that your goals are in lockstep with theirs. This means widening your objective from hitting numbers to thinking more deeply about business goals and quality of hire. New data from the HR Research Institute shows that quality of hire is a major problem for many businesses: nearly half of respondents in a recent survey said they would rehire less than 40% of people they hired in the last year if given the chance to do things over again. With headcount more precious than ever, putting quality at the forefront is imperative, and forward-thinking recruiters can play a key role in helping make this happen.

Recruiters can leverage Metaview to deeply understand candidates and enable the team to better identify and attract the right talent. Recruiters can review key moments of downstream interviews for clues to sharpen your perspective on what makes candidates tick. Utilizing those insights in how you interact and appeal to candidates can turn you into a competitive advantage for a hiring manager. By demonstrating this unparalleled understanding of candidates and the hiring team’s needs, you’ll become a trusted part of the decision-making process. To give an example of what this looks like in practice, Blake says that one of the hallmarks of being in a “flow state” with hiring teams is when recruiters are willing to give a no-hire recommendation or push back on a hiring team’s decision when they think a candidate is not the right fit, even though it goes against their goal of filling the role.

The collaboration between recruiters and HMs is key to an organization’s successful growth. Metaview can be a competitive advantage in helping recruiters deepen that relationship by developing an unparalleled understanding of HM’s needs, identifying process optimizations, and tightly aligning their goals to what’s best for the business. If you’re interested in transforming your partnership with HMs, we’d love to talk about how Metaview can help.

Want to run higher-quality, more consistent interviews? Metaview can help.
Get in touch 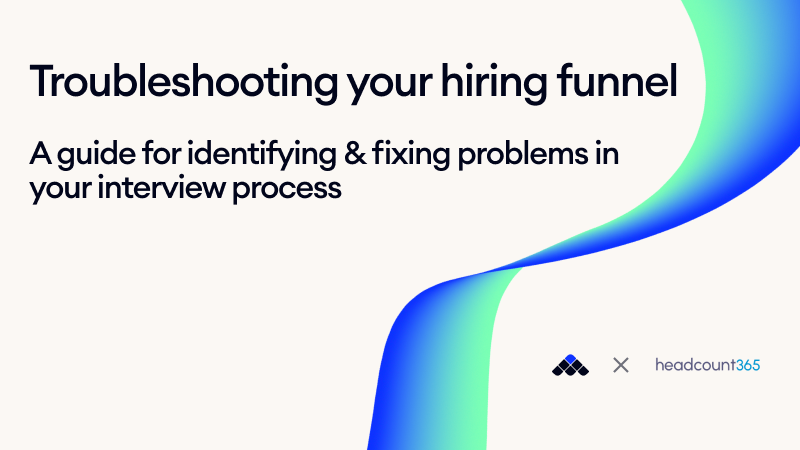 Eric Guidice is a founder at headcount365 [http://www.headcount365.com], a software that replaces spreadsheet based recruiting management, with a platform that connects your ATS, Hiring Managers and Finance 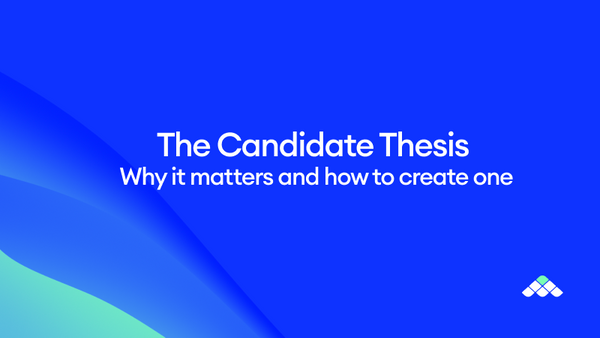 When we build products, we're rigorous and deliberate about the decisions we make. It’s widely accepted that we can’t move forward without learning from past work, so we